The next in line My Hero Academia Chapter 356 Spoilers are on their way. While Endeavour is down and dusted, the responsibility to defeat AFo now solely lies to Hawks, Jiro and Tokoyami.

Jirou has suffered a loss of her one ear, but I wouldn’t take any credit away from here in cornering AFO, after his mask ko hammered.

In next My Hero Academia Chapter 356 Spoilers most probably, Jirou would feel the brunt of AFO and now it’s up to Hawks and Tokoyami to save the day and Jirou.

The My Hero Academia Chapter 356 Spoilers are here-

Chapter 356: Regarding the enemy

The chapter begins with Jirou saying that now is the perfect time for Tokoyami to attack.

He jumps up and wraps his cloak around his arm, increasing the darkness in that part and attacking with Black Ankh Ragnarok: Fleeting.

Hawks says that AFO was wrong to think they were just buying time for Endeavor and goes on the attack. All for One begins to reason and realizes that he should have dodged Tokoyami’s blow.

He usually relies on vibration and infrared vision quirks to react to attacks, but the sound of Jirou’s attack caused them to start rebelling against him.

Hawks is about to strike a blow to kill All for One once and for all, but we see that he has devoured the quirk’s consciousness in the vestige world and so he’s able to move again in the real world, creating dozens of riveting stabs.

Hawks throws himself to protect Tokoyami and we see that the stabs have gathered the pieces of the broken mask and put it back together again.

That’s when Endeavor comes back to the fight, punching the stabs as one of them rips off his right arm. All for One says that this stubbornness is what ruined his life, and a sort of flashback begins.

We see a young Endeavor, in his U.A uniform, questioning the hero Endeavor fallen on the ground. He says that all his attempts to redeem himself, to pay for his mistakes and take responsibility have only exposed his weakness to the world and pulled him down.

Enji Todoroki can never become a superhuman, he just has to remember his origin. When he was younger, he saw a father trying to save his daughter in an accident and dying along with her in the process.

This scene shocked Enji and made him aspire to strive to become someone special, choosing the name Endeavor to symbolize it.

However, no matter how hard he tries, he will never be like All Might or even Deku.

There is no use in imagining what his life would have been like if he were someone else, he must face the greatest enemy of all: his own weakness.

Because, although it is an enemy, it is what made Endeavor stay alive until today. At this moment he burns out his own young vision and creates an arm of fire in place of the one that had been cut off.

He then punches All for One, breaks his mask again, and says that even if no one congratulates him, ending this fight is his life mission.

The chapter started with Endeavor dropping to the ground, taking AFO’s assault straightforwardly.

The fight is completely in Hawks, Tokoyami, and Jiro’s hands. Luckily, Jiro sparkled the best in this part.

It is reviving to see a student sparkle in the essential fight after a surprisingly long time.

Hawks’ assurance and resolution stay outright regardless of Endeavor’s finished withdrawal from the fight.

He impeccably directs Tokoyami to start to lead the pack and guarantees him to match his speed.

In the mean time, Jiro’s errand is to go for the gold with her assaults. In the midst of this, AFO mocks constantly them admirably well.

He ridicules Jiro and Tokoyami to return home since they aren’t even essential for the fundamental cast and are basically useless.

Furthermore, to Hawks, he affronts him by calling him frail and vulnerable.

Jiro applauds back at him by reporting her assurance and will to battle and won’t succumb to AFO’s shameful moves while she endures an immediate shot from him. Accordingly, one of her ears is cut off.

She then handles a strong Heartbeat divider: Legato giving Hawks an opening to utilize his quills.

Also, she lands two additional strong assaults on All For One, offering Hawks ideal chances to point his quills at one spot on AFO’s veil. At last, he effectively figures out how to make a cut on his veil.

The chapter closes while All For One is addressing destiny and assuming that this is the desire of each “weakling” he took quirks from.

As indicated by the reports, the My Hero Academia Chapter 356 Release Date is set to release on June 17. 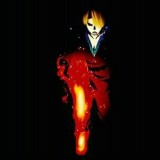 An Enthusiastic Manga reader and Anime watcher. Had a thing for this world for a long time, so decided to get my self teleported in this domain.

How would Gol D. Roger fare against present Kaido and Big Mom? Would he struggle more or less than against Whitebeard?